Chairman will be heading NSAI’s governing council from 2013-2015 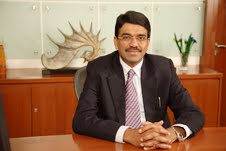 Commenting on being elected as the President of premier seed association, Mr. M Prabhakar Rao said, “I am honored to have been bestowed with such responsibility, which gives me an opportunity to work towards regulatory issues faced by seed industry, creating conducive environment for seed industry functioning and for Intellectual property rights for the seeds varieties so as to enhance R&D investments for benefit of farmers”.

National Seed Association of India has 238 seed companies, including private and public sector companies as its members. The association facilitates consultation between the members and the Government of India, state governments and different international agencies.

The National Seed Association of India provides a forum for consultation between the Members and the concerned Ministries of Government of India, ICAR, Certification Agencies, State Governments and with different international agencies that regulates seed sector. With greater openness in the economy, the Association is gearing up for a much bigger role by hosting national and international seed conferences like Indian Seed Congress (ISC) and Asian Seed Congress of APSA and ISF and by working towards an increased role for India in the international seed trade. The private sector has strong scientific capabilities and breeding programs, comprehensive multi location testing facilities including on-farm testing of pre-commercial hybrids as per national and international testing protocols, research trial data supplemented by on-farm test data and farmer feedback on performance and preference to facilitate decisions on commercialization of new hybrids. Indian Seed industry is working towards farmer prosperity through varietal development and spreading right agronomy for yield enhancement.